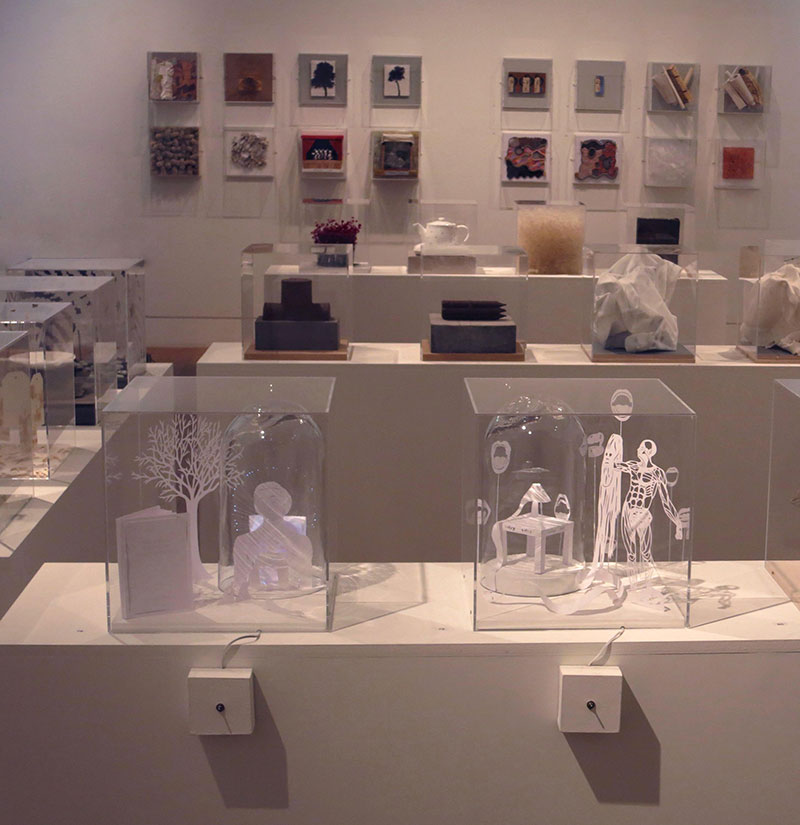 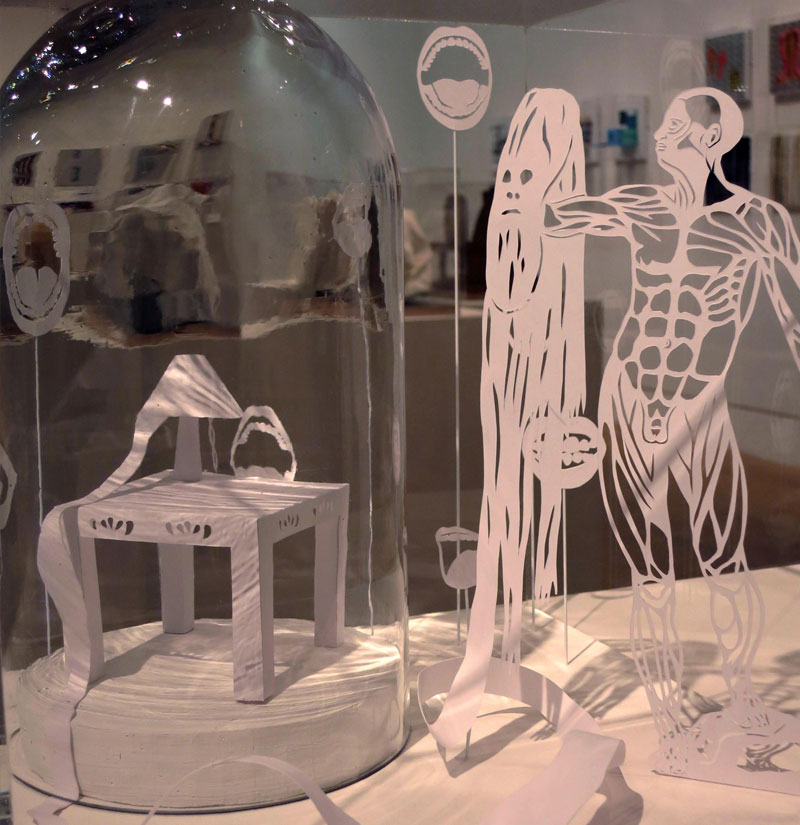 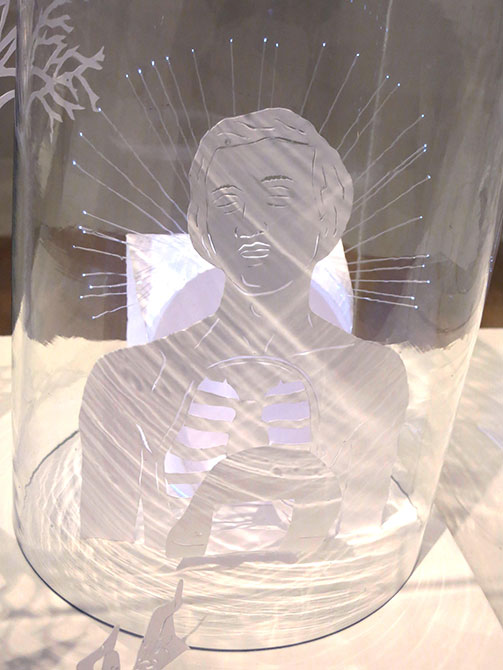 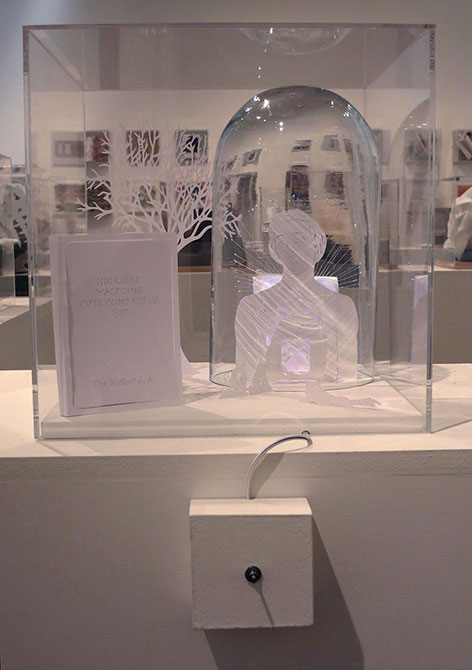 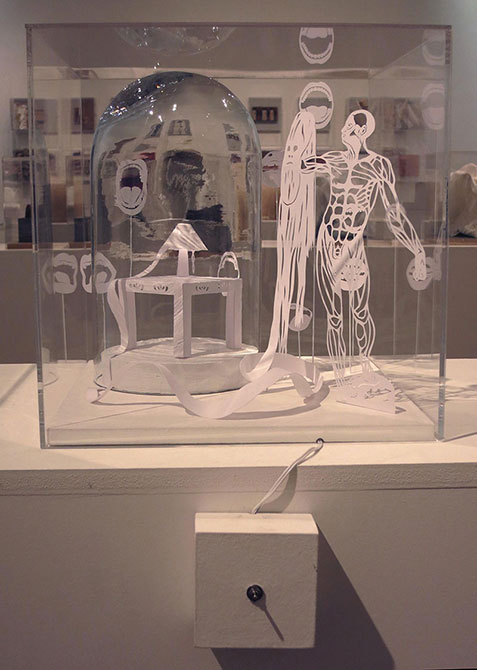 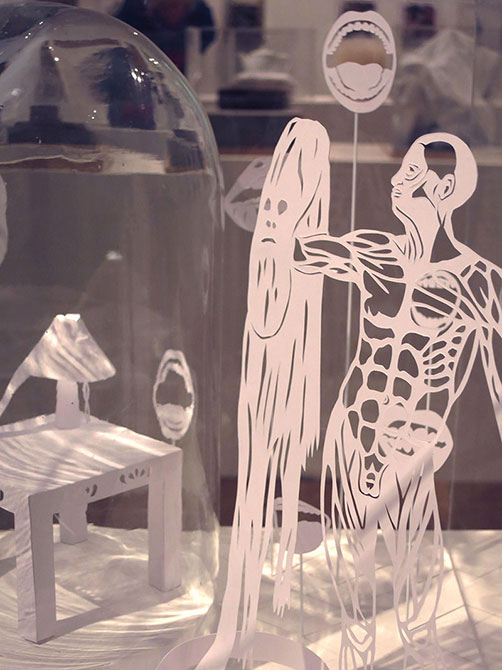 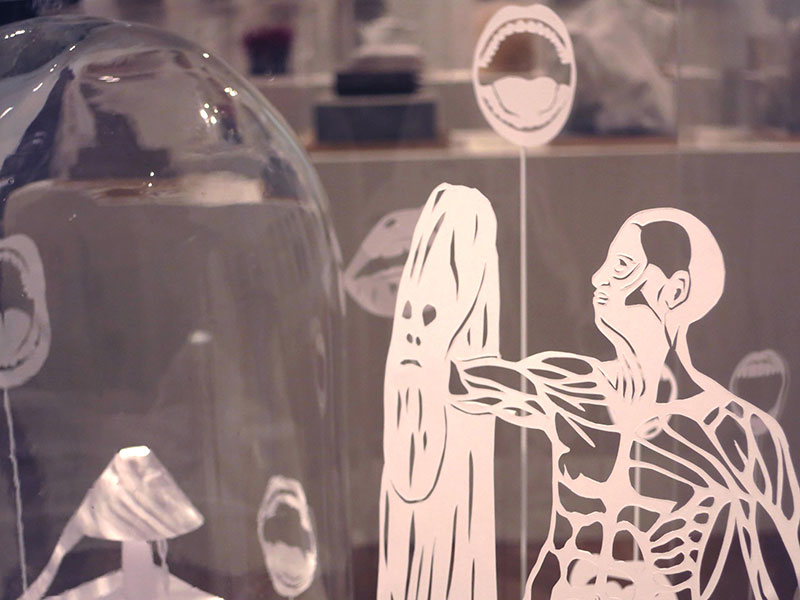 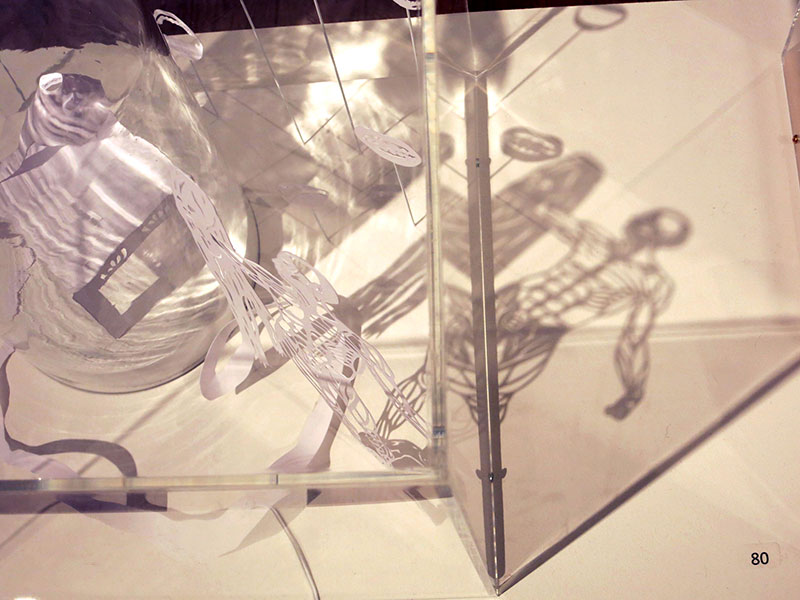 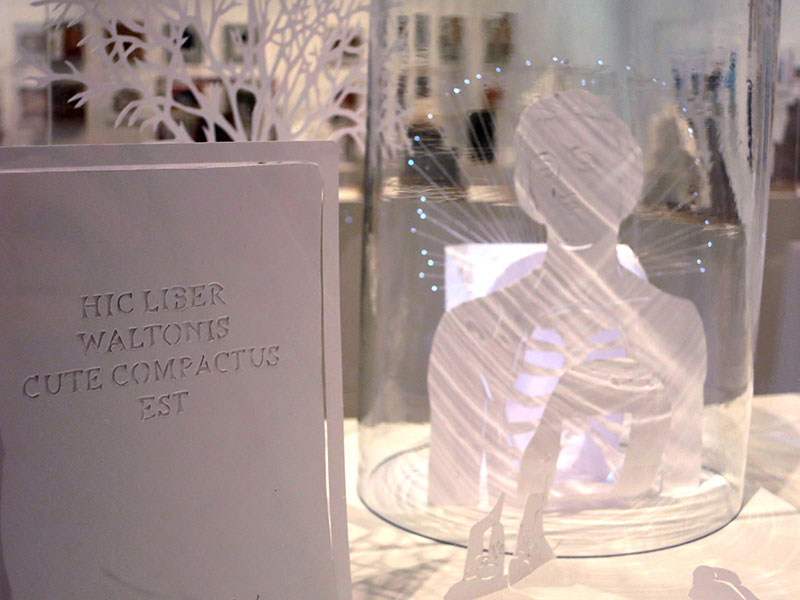 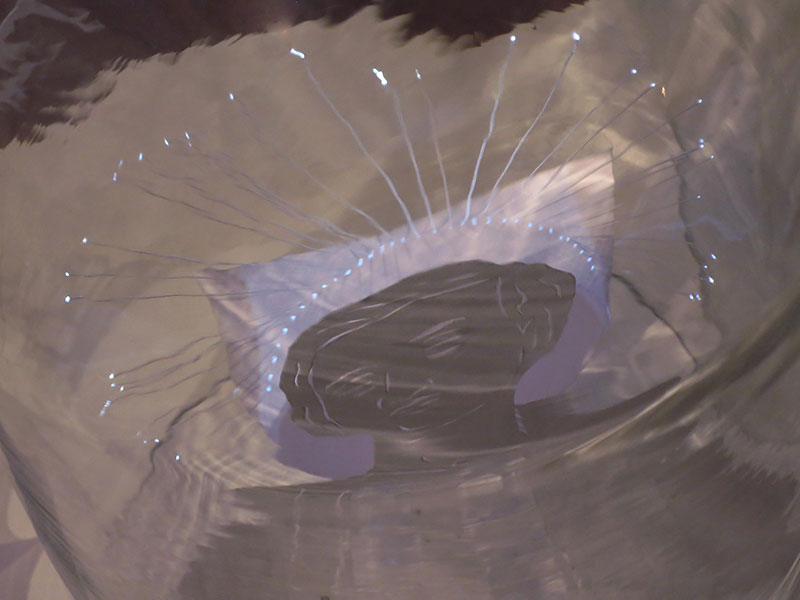 This is an exhibition of work by forty-five mainly Scottish artists, some well known, established and successful, some younger at the start of their careers and many are members of the Society of Scottish Artists.

‘For well over twenty-five years Bill Scott and I would discuss over coffee in the staff canteen at Edinburgh College of Art the idea of a Sculpture and Tapestry show featuring enormous sculptures and huge tapestries….With so many exhibitors and close to 100 pieces, it was decided to present the work in uniform perspex boxes – with Bill’s title of in perspeXtive. The format of repeated, identical wall-mounted and plinth-based perspex boxes would have its own formal character, including the significance of their containment….’